The City of Leeds has a history that stretches over 800 years. Starting as a little Saxon Village which, is said to have had a population of around 200 in 1086, this small village grew to eventually become a music hall haven.

In the Middle Ages Leeds was seen as quite an unimportant town however, it became known for its annual fair. Over time Leeds annual fair turned into a market like event that attracted buyers and sellers from all over Yorkshire.  During the 16th and 17th century the population of Leeds soared, mainly due to the rapid growth of the woollen cloth industry in the town. By the end of the 16th century the population of Leeds was around 3,000 and by the mid seventeenth century it had increased to around 6,000. Leeds was now becoming a more significant town in Britain.

In the 18th century the manufacturing of wool was still the dominant industry in Leeds, however other industries began to appear at this time such as brick makers, coach makers, clock makers and jewellers. Life for the middle and upper class became more comfortable during the 18th century, due to the towns increasing prosperity and growth which saw the streets being lit up by oil lamps, street cleaners keeping the town clean and in 1777 an assembly rooms was built where balls and events could be held. For the poor though life was tough but, there were changes made to help those who needed it. For instance a charity school, called the Blue Coat School, was built in 1705 also there was the building of Almshouses which were used to help the elderly. 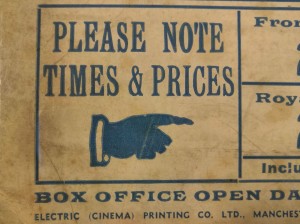 The 19th century saw Leeds change in many ways, for example in 1801 the population of Leeds had reached 30,000 and by 1851 it had reached over 100,000 people. The town also grew in terms of culture, with the opening of its first public library in 1872 and the opening of several theatres and music halls, such as the Grand Theatre in 1878 and the City Varieties Music Hall in 1885.

Music halls were an increasingly popular form of entertainment during the 19th century. It was during the 1830s that the name ‘music hall’ was first used to describe this form of entertainment. In the beginning music halls were simply small stages found either in the backroom of a pub or theatre, where a variety of acts would perform. By the 1850s music halls had become increasingly popular and landlords began to move the entertainment out of their backrooms and into purpose built halls. The format of the evenings remained unchanged, with the acts being introduced onto a simple stage in front of an audience that heckled and joined in with the songs. In the 1860s there was a ‘boom’ in music halls and by 1870 there were 31 large halls in London alone and at least 384 throughout the rest of the country. The 1870s also saw the restyling of many music halls by incorporating theatre designs, which included larger stages and seating in the stalls. 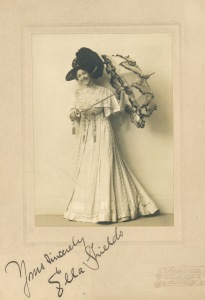 Ella Shields, a regular performer at Music Halls in the late 19th and early 20th century

From the 1880s music halls remained highly popular. However, the increasing popularity of cinema and the invention of radio and television, in the 20th century, resulted in the audiences in music halls fall rapidly and almost led to them becoming extinct by the time of World War II. There were attempts to revitalize the music hall, one example of this can be seen in Leeds at the City Varieties Music Hall with its TV series The Good Old Days. For thirty years, starting in 1953, City Varieties broadcasted its show of The Good Old Days on the BBC and was screened worldwide. The show was a roaring success for the music hall and can certainly be said to be what has allowed the City Varieties to stay open for so long.